Linear receivers are designed for collecting the liquid refrigerant received in the process of vapour condensation in a condenser, and for providing the required and stable liquid flow supplied to a regulating valve. Linear receivers are high-pressure apparatuses of a horizontal type. Receivers may be placed both in section rooms and off-site. The linear receiver external view is given in fig. 1.1. For medium- and big-size ammonia refrigeration units a model range of vertical-type linear receivers (as per OST 24.203.03-90) with a working volume from 0.4 to 5 m3 has been designed by the home industry. The operational fill-up of linear receiver with the liquid ammonia is 50%. 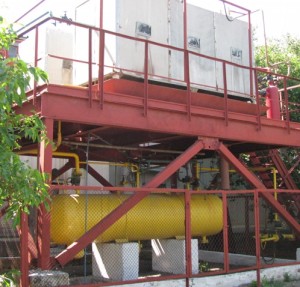 Fig. 1.1. The linear receiver placed under the ammonia RM condenser.

Fig. 1.2. The circulating receiver in a refrigeration unit machinery hall.

The volume of circulating receivers produced by the home industry comprises from 0.75 to 25 m3. The operational fill-up of horizontal and vertical receivers is 30%.

Drain receivers are intended to receive the liquid refrigerant from an evaporative system during defrosting of space cooling elements (apparatuses for cold application – e.g. air coolers) or during repair works performance. The apparatuses are covered with a heat insulation layer and installed indoors. In terms of design, the drain receivers are made as horizontal (РЦЗ / RTSZ and РД / RD marks) and vertical (РДВ / RDV mark) apparatuses as well. The drain receiver external view is given in fig. 1.3.

The drain receivers are designed by manufacturing industry with the volume from 0.75 to 12 m3. The operational fill-up of drain receiver is 70% of its volume.